Rev. Angel and Pastor Ulli Roldán came to Australia in 1983 and felt compelled to establish Life-Gate in 1992 to minister the love, grace and compassion of Christ to the most broken and isolated individuals and families in their community. They have served for 30 years as Executive Directors and are dedicated to Life-Gate and the service of their community. In 2017 Angel and Ulli were named the ‘Frankston Citizens of the Year for 2017’ in honour of the thousands of individuals whose lives have been transformed through the selfless service of this ‘dynamic duo’ throughout the past three decades.

Lauryn began volunteering with our Street Outreach team and attending the Life-Gate Training School in 2006. In 2009, she joined the Life-Gate team full-time and has served as the Outreach Programs Director, leading the outreach team and managing our volunteer team. In 2012 Lauryn established the COLOUR of HOPE art-therapy program which was named the ‘Frankston Community Event of the Year for 2016’, and in 2018 designed and initiated our MEALS For CHANGE mobile kitchen trailer which provides meals to those who are homeless and vulnerable. In 2019 Lauryn was honoured as the ‘Frankston Citizen of the Year’ in recognition of her dedication and contribution to our community.

Sonja has enjoyed a diverse career including roles in Business Administration, Customer Service and Sales Management. More recently she has served as part of the Pastoral team at Bayside Church, being based at the Frankston Campus. She is currently a Secondary Teacher at Bayside Christian College. Sonja is married and has three beautiful children.

Formerly a banker in Germany and also a manager within the Deutsche Bank in Melbourne, Rev. Angel’s passion for helping the under-privileged prompted him to leave the corporate sector to pioneer Life-Gate with his wife Ulli in 1992. Preparation included six years of study to become a counsellor and teacher at various training institutes both in Australia and the United States. In 2007 he received a FGBMFI award for his persistent work in the prisons. In 2006, he and Ulli were also named as Finalists for the ‘Pride of Australia’ Award 2006.

Marcus holds a Bachelor of Engineering (First Class Honours) and a Bachelor of Commerce from Monash University, during which time he undertook a cadetship at BlueScope Steel. From 2006, Marcus has worked professionally as an Investment Manager in Melbourne with a US-based Fund Manager, focusing on Australian share market investments.

In 2004 Lauryn graduated from the University of Melbourne with a Bachelor of Science (Honours). She then completed a Masters of Divinity with the Australian Colleges of Theology in 2008. Since 1998, Lauryn has held volunteer positions both locally and in Ethiopia, Aceh and Fiji, in various aid work roles. She began attending the Life-Gate Training School and volunteering with the Street Outreach in 2006 whilst completing her studies. In 2009, Lauryn joined the Life-Gate team full-time and has served as Outreach Programs Director ever since.

Lloyd Poole holds a Bachelor of Music Education from the University of Melbourne and taught music in several primary schools for over 44 years. Lloyd works as a professional musician in several bands and also volunteers his time each week to do the video editing and DVD production for Life-Gate’s weekly ‘Wisdom For Life’ life-skills training lectures and Life-Gate Freedom Centre teachings. In his free time Lloyd loves fixing things with his soldering iron and tinkling the “ivories” of his Leslie and Hammond organ.

Mark has over 20 years experience in the recovery and Christian community. For the past 9 years he has served as Manager of Galiamble Men’s Recovery Centre in St Kilda. Mark holds a Diploma of Alcohol and other Drugs, a Diploma in Art Therapy, Cert IV in Training and Assessment, Graduate Certificate in Narrative Therapy and a Masters in Narrative Therapy and Community Work. For the past 4 year Mark has also worked as an Educator for the Advanced Diploma in Counselling in  Therapeutic Arts at Chisholm TAFE and has over 30 years experience as a practicing artist.

Life-Gate Inc is a Public Benevolent Institution established in 1992 to bring hope and healing to broken lives. Our mission is to empower those living in crisis situations to experience restoration, and equip others to do the same. 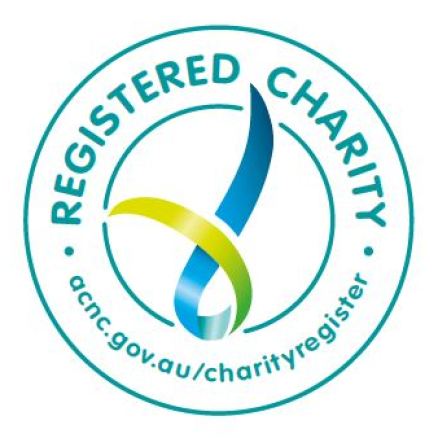 Life-Gate Inc is officially recognised by the Australian Charities and Not-for-profits Commission as a registered charity.